Casner Mountain Healing Center serves the Verde Valley offering care and compassion to our patients. Our goal is to bring you to a state of optimal health. Dr. Dianna Mendoza is a well-seasoned physician who believes in the strength and fortitude of the human body to heal itself. We use the best of Eastern and Western medicine to provide you with the highest level of individual care, with preventative medicine being the gold standard. We treat the whole person, not just symptoms, while considering your mind, body, and soul to promote healing from within.

Dr. Dianna Mendoza is a Board Certified Naturopathic physician licensed in the state of Arizona. She holds a Bachelor's degree from City University (Seattle) and a Bachelor in Animal Science from Oklahoma State University, and she received her Doctorate from Southwest College of Naturopathic Medicine. While having been involved with conventional medicine for many years, it is now her passion and focus to bring her patients to a state of health that most feel is no longer possible for them. Providing integrative and functional medical treatments to support long term health and vitality to regenerate and renew every cell of your body.

Dr. Mendoza comes from a varied medical background. In 1973, she began her medical career as the youngest licensed Emergency Medical Technician (EMT) in the state of Wyoming. After graduating High School she joined the U.S. Navy where she became the first female In-flight Search and Rescue (wet-crewman) corpsman. The position entailed rescuing injured survivors of air craft accidents, performing advanced trauma and cardiac life support care for patients involved in all manner of serious accidents at sea, on mountainous terrain, and in very isolated locales around the world.

She expanded her career by attending Surface Force Independent Duty Corpsman (SFIDC), a highly competative and stressful field, operating as the sole medical and dental provider for military and civilian personnel around the world on isolated islands and warships at sea. The duty stations were considered arduous and hazardous in all aspects, requiring the emergent treatment of military and civilian personnel, while oftentimes under small arms fire with no other medical support personnel available.​

After her retirement from active duty she initially pursued a career in Veterinary medicine, and ultimately received her Bachelor of Science in Animal Science.  Her career had been filled with emergency medicine and it no longer posed the challenge she was seeking. She eventually found Southwest College of Naturopathic Medicine, which opened new challenges.  She graduated from SCNM in July, 2009. She owned and operated a very successful clinic in Mesa with another SCNM graduate, where all aspects of medicine, both mainstream and Naturopathic, were incorporated into patient care. She married the love of her life and is now living a different chapter of life, living in the Sedona area and working in Cottonwood Arizona.

She enjoys medicine and all the ways she has been able to help her patients over the years. She truly believes in the power of the human body to heal and rejuvenate—more so with Integrative Medicine at its best.

She is also an avid cyclist, enjoying road and mountain biking equally. She also enjoys hiking in all of the areas around her home in Sedona, and traveling with her beautiful wife! 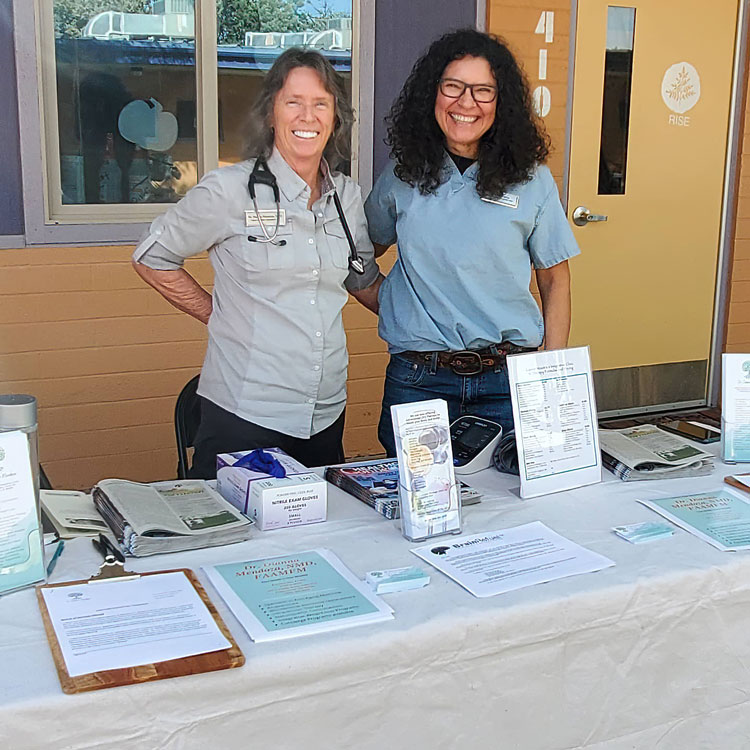